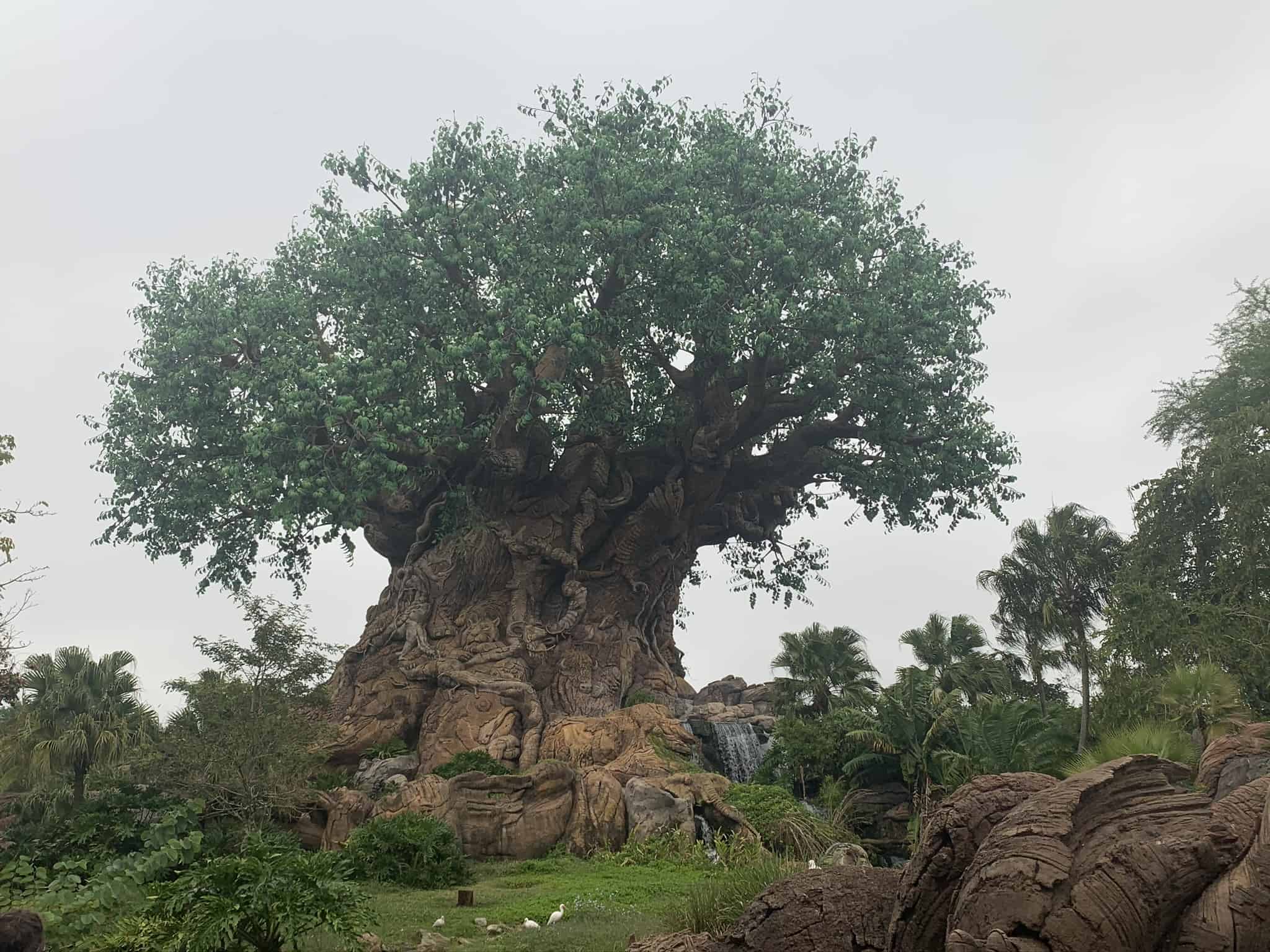 Even though you cannot walk from the Animal Kingdom Lodge to Animal Kingdom, there are many reasons to choose this Resort hotel as your accommodation in Disney World. Keep reading to find out more about your transportation options and some of the great amenities at this deluxe hotel.

If you don’t have a car, Disney’s internal bus service is easy and hassle-free. There are services every 15-20 minutes and the ride from the Animal Kingdom Lodge to Animal Kingdom theme park is quick (typically less than 5 minutes). A third option is to use a taxi or Uber.

Theoretically speaking, Disney can build a walking path from Animal Kingdom Lodge to Animal Kingdom, although this would take some creativity given the existing roads and landscape. Should Disney decide to build a walkway from the lodge to the park, it will be at least a mile long, if not more, depending on where it starts and ends.

How far is Animal Kingdom Lodge from Disney theme parks?

As such, it’s not possible to walk from Animal Kingdom Lodge to Animal Kingdom or any of the other Disney theme parks. You will need to drive or use the Disney transportation system.

While walking from Disney’s Animal Kingdom Lodge to Animal Kingdom theme park is not possible, there are many reasons to choose this deluxe Disney Resort hotel. With cast members hailing from sub-Saharan countries like Mozambique, Kenya, Tanzania, Botswana, and South Africa, and with a décor that includes one of the largest collections of African artifacts and art in the US, this is the closest you can get to Africa without ever leaving Orlando.

The Savanna at Animal Kingdom Lodge

The showcase feature of the Animal Kingdom Lodge is the private savanna which is home to over 30 species of African wildlife, including zebra, flamingo, ostrich, kudu, and giraffe. Wildlife field guides are placed in all guest rooms to help guests identify the various species. Animal specialists lead fun programs educating guests about the animals and the ecosystem.

The Animal Kingdom Lodge is a great place to spend non-park days with plenty to keep the kids busy. They can watch the flamingos being fed, decorate a cake, play in the Hakuna Matata playground, enjoy the pool, or learn to drum. Adults and older kids can sign up for a Sense of Africa tour (extra charge) that includes a 3.5-hour sunrise safari and breakfast buffet at Boma.

Guests at Disney’s Animal Kingdom Lodge and Villas have access to the Wanyama Safari and Dinner where they can enjoy close-up encounters with the animals and a delicious multi-course meal. There are several other dining options as well, offering the chance to sample some exotic cuisines.

The 11,000-square-foot pool at Disney’s Animal Kingdom Lodge is designed like a natural watering hole with zero-depth entry. In addition to a children’s wading pool and whirlpool spas, there is a thrilling waterslide and an animal-themed aqua playground.

The Animal Kingdom Lodge is massive with over 1,000 rooms and villas of various types. If you’re a large group looking for more spacious accommodations, consider the Disney Deluxe Villas that come complete with private bedrooms, full kitchen, spacious dining and living areas, washer/dryer, and more, making them a home away from home. A 2-bedroom villa at Disney’s Animal Kingdom Lodge can comfortably sleep up to 9 adults. But the prices are not for the faint of heart. Studios start at $500 on average per night plus tax and 2-bedroom villas are $1500+ plus tax.

Is Animal Kingdom Lodge worth it?

Disney’s Animal Kingdom Lodge is a deluxe property and staying here is not easy on your pocket. However, it is a Disney Resort hotel that offers a unique experience. You don’t have to leave the hotel grounds to enjoy an African safari experience. Now, that’s something near impossible to find anywhere else in Orlando, perhaps even all of the United States. So, a view of the animals from your room is something that will make a stay at Animal Kingdom Lodge a memorable experience for kids and adults alike. Remember, however, that you’ll pay extra for savanna-view rooms, but the upgrade is totally worth considering.