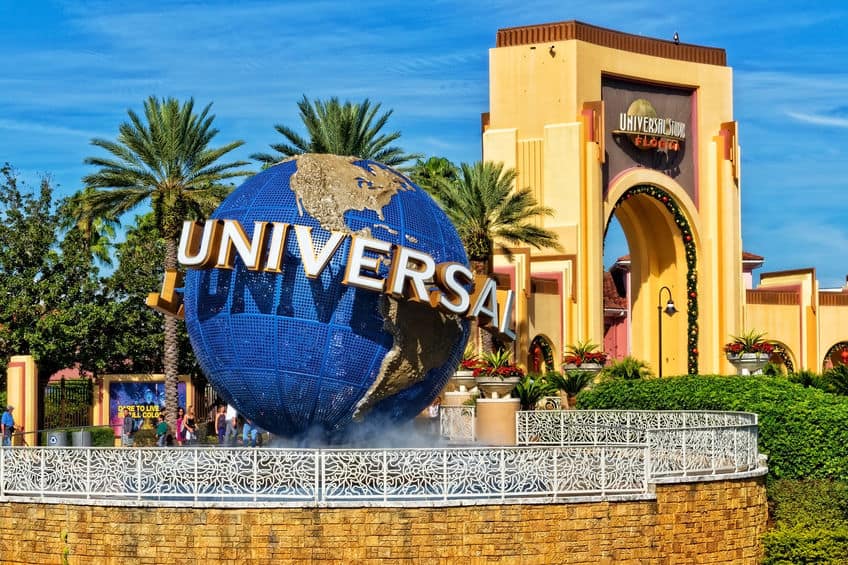 Orlando is a city that thrives on tourist attractions. It’s easy to get around if you have a car. But not everyone wants to contend with commuter traffic plus the added rush of tourist traffic. What’s more, traffic is a problem all 7 days of the week since tourists and locals who run the attractions, hotels, and restaurants are moving around every day of the week. Ditching a car in Orlando can therefore be a very tempting prospect. But how do you get around Universal Orlando then?

Several Orlando hotels offer shuttle services to Universal and other tourist destinations. Shuttle transportation is an easy way to get to Universal Studios Florida, Islands of Adventure, and Universal CityWalk. We’ve put together a list of 10 Orlando hotels with shuttles to Universal Orlando. We’ve included budget as well as luxury resorts, so there’s something that’s bound to be right for your family.

While it’s not difficult to get around town, it can be expensive if you end up staying at the wrong hotel in Orlando. That’s why it helps to know your options when deciding on a hotel. By booking a hotel with a shuttle service to Universal Orlando, you can save money and leave the hassle of driving and parking to others.

Note: Some Orlando hotels have suspended their shuttle services to Universal Orlando during the Covid-19 pandemic. Please double check with the hotel directly before making reservations.

Universal offers a SuperStar Shuttle Program for one-way and round-trip transportation between Orlando International Airport (MCO) and Universal Orlando Resort Hotels such as Loews Portofino Bay Resort, Hard Rock Hotel, Universal’s Cabana Beach Resort, and more. The time taken for the transfer is approximately 30 minutes each way. This service is not free, however. The Universal SuperStar shuttle costs $39 per adult round trip ($29 per child 3-9 years) and $23 per adult one way ($18 per child 3-9 years).

How to get around in Universal Studios Florida?

Can you Uber to Universal Orlando?

If you’re headed outside of the International Drive resort area, then I-Trolley is out but Uber is an option. Requesting a ride to or from Universal Studios Florida, Islands of Adventure, or Universal CityWalk is easy through the Uber app. An Uber from Orlando International Airport (MCO) to Universal Studios will set you back by anything from $25 to $75, depending on the time of day, traffic, the type of car you choose, and demand for Uber services.

What hotels in Orlando have free shuttles to Universal Studios Florida?

Located only 3 minutes’ drive from Universal Orlando, this budget hotel on International Drive offers a free shuttle service to Universal Orlando. The shuttles leave for Universal Orlando at 8:55 am and 11:50 am. Pick up is at 7:15 pm and 10:15 pm. The hotel also has a shuttle to Disney’s Hollywood Studios. From here you can switch to Disney transportation to get to the other Disney World theme parks. This makes it a great option for families who want to visit both Universal Orlando and Walt Disney World.

It’s a centrally located mid-range Orlando hotel that is close to some of the city’s most popular attractions, including Universal Orlando. There is a free shuttle to the Universal theme parks. Other facilities include a fitness center, outdoor pool, and onsite bar.

Double Tree by Hilton at the Entrance to Universal Orlando

If you want to be at the center of all the action in Universal Orlando, this hotel is seriously difficult to beat. Not only does it have first-class amenities including an Olympic size pool, but it also has an enviable location across the entrance from Universal Orlando Resort. Of course, given the location, the hotel offers free transfers to Universal Orlando. However, if you’re headed to Disney World, you’ll have to take an Uber or Lyft.

Free shuttle transportation to Universal Orlando and SeaWorld is not the only thing that draws guests to this budget Orlando hotel. There is an outdoor pool, two hot tubs, complimentary wi-fi, and an onsite deli and restaurant.

This Orlando hotel with shuttles to Universal Orlando is very close to Universal Orlando Resort. You’ll get there in a jiffy (5 minutes’ drive). Free wi-fi, a fabulous fitness center, a swimming pool, and an onsite restaurant means this hotel ticks all the boxes for a great Orlando vacation.

Ideally located in the center of all the action on International Drive and less than a mile from Universal Orlando, this hotel has free shuttles to Universal Orlando. It is a great option for families or couples who want self-catering accommodations. All suites at this property feature a kitchenette. There’s also a swimming pool and a spa and wellness center.

Looking for a luxury hotel with free transportation to Universal Orlando? You can’t go wrong with the Loews Portofino Bay Hotel. This Orlando hotel offers a free transfer service to The Wizarding World of Harry Potter, Universal Studios Florida, and Islands of Adventure. Universal’s CityWalk is a 5-minute walk away. What’s more, you also get Early Park Admission 1 hour before opening to The Wizarding World of Harry Potter and Universal’s Volcano Bay.

Let us know in the comments below if you have a favorite Orlando hotel with shuttles to Universal Orlando. We’d love to check some new properties out!