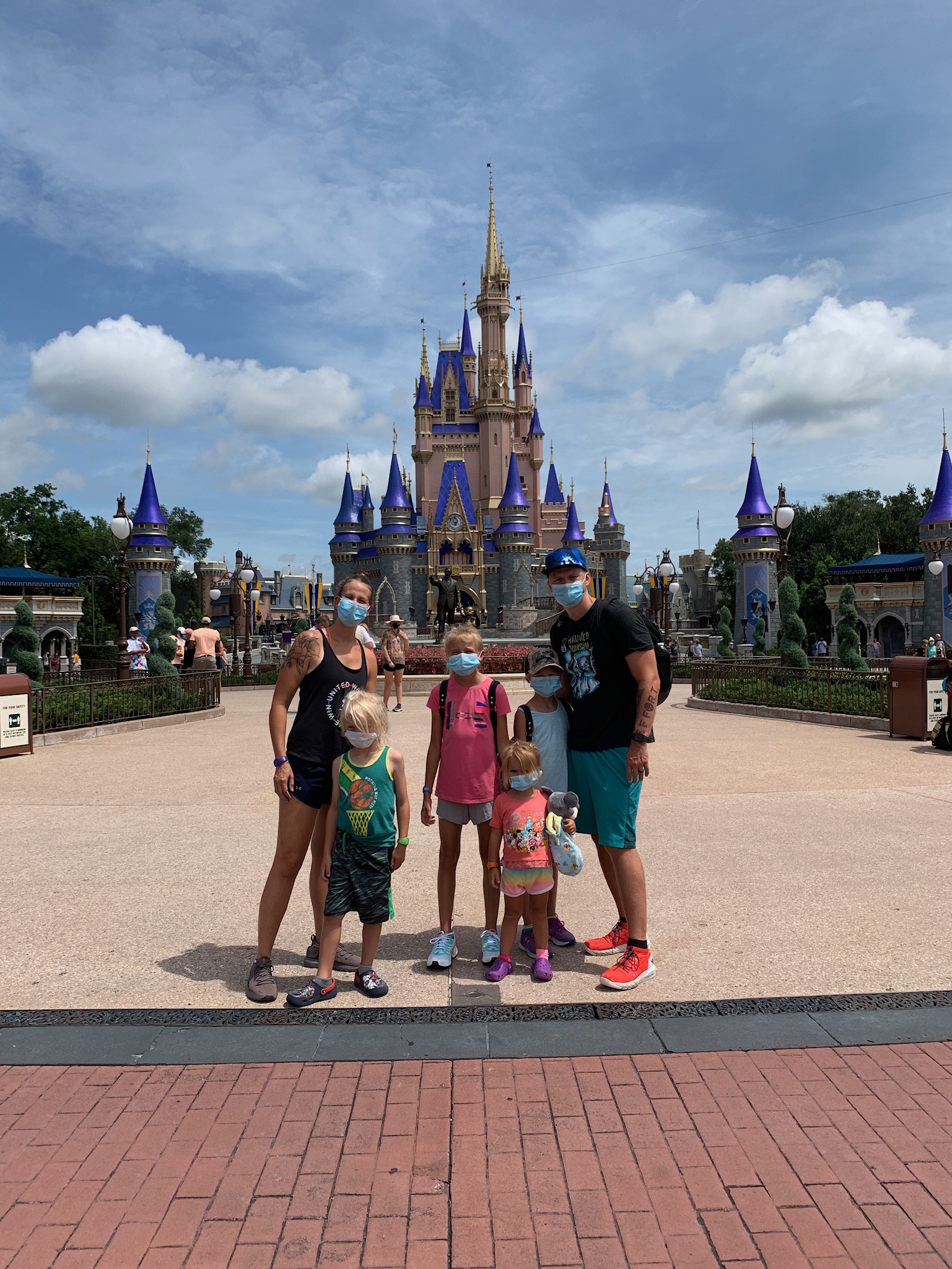 It’s your first day in Orlando. You’ve arrived at a Disney World theme park and can’t wait for all the fun to begin. But hold on… security personnel check your bags and find something that’s not allowed in Disney World. Now you’ve got to trudge back to the hotel to drop off the offending item(s), wasting precious Disney hours. What a dampener! That’s why it’s important to know what you can and can’t bring into Disney World.

Some of the items you can bring to Disney World are no-brainers – Grandma, grandpa… just kidding. Guests can bring personal items like cameras, backpacks, wallets, cell phones, diapers, baby formula, medications, strollers, mobility devices, etc. Disney also allows guests to bring food and beverages into the theme parks (but there are some caveats… more on that later). Some of the items that are banned at Disney World include alcoholic beverages, illegal substances, weapons of any kind, self-defense items, fireworks, smelly food, and food in glass containers (with exceptions).

Keep reading to find out what are some more things prohibited at Disney World. Also read our comprehensive list of things that you are permitted to bring to the Disney World parks.

What can you bring into Disney World?

They are designed to make the theme parks and Disney properties safe and enjoyable for everyone. Bags, clothing, and other personal items are checked at the turnstiles to screen for banned items.

Here are some things that guests CAN bring into Disney World parks without being turned away.

Wallets, cell phones, cameras, chargers. These items should fit in your pockets or inside a standard backpack (size mentioned below).

Personal items such as sunblock, extra clothes, diapers, baby formula, and medications are all good for Disney.

Backpacks, totes, handbags, fanny packs, and coolers with reusable ice packs but no loose ice are allowed. However, make sure that the maximum size of your bag is 24 x 15 x 18 inches. Anything larger than that is prohibited.

Foods and beverages are allowed in Disney World (we’ve done a detailed blog on this).

Any food you bring should be for your own consumption only. It should not require refrigeration or reheating and should should not have a strong smell.

Guests can bring their own strollers into the Disney World parks as long as they are a maximum of 31 inches wide and 52 inches long.

Mobility devices (manual or powered) are also allowed as long as they are less than 36 x 52 inches in size.

These devices should be designed for a single rider, have at least 3 wheels, and operate no faster than walking speed. The wheeled mobility device should be able to maintain balance when stowed, unoccupied, and unpowered.

PRO TIP: Just because you can bring something to Disney World doesn’t mean you should. The lighter you travel, the more enjoyable your day will be.

What items can you NOT bring into Disney World?

1. Weapons, Illegal Substances, and Anything Flammable

Firearms and/or ammunition, knives, or weapons of any kind are banned in Disney World. Items for self-defense, such as mace or pepper spray are not allowed either.

You cannot bring any illegal substance, including marijuana or marijuana products, into Disney World.

Flammable objects or toys, fog machines, smoke machines, and fireworks are not allowed in the Disney World parks or any Disney property.

Alcoholic beverages are not allowed in Disney World. The exception is certain table service restaurants at Disney Springs and Disney Resort hotels where you can bring your own bottle of wine (subject to a corkage fee).

Foods and beverages in glass containers are also not permitted in the Disney parks (except small baby food jars). Food that needs to be refrigerated or reheated or has a pungent odor cannot be brought into Disney World.

Note, if you bring food in a backpack, the size of the bag should not exceed 24 inches long x 15 inches wide x 18 inches in height.

Disney does not allow guests to bring any artificial noise-making device into the theme parks or Disney properties. This includes megaphones, whistles, horns, or other such devices.

Other recreational devices that are not allowed in Disney World include remote-controlled toys, inline skates, shoes with inbuilt wheels, skateboards, and scooters. Bicycles are allowed in specific resort hotel areas only.

Guests cannot bring any swim noodles or flotation devices that are not Coast Guard approved into the Disney water parks.

Disney also does not allow guests to bring folding chairs into any of the theme parks, water parks, or Disney Springs.

Drones of any kind are not allowed at Disney World.

You may bring your tripods or monopods, but they should fit inside a standard backpack and should not extend more than 6 feet.

Selfie-sticks are banned at Disney World, as is any type of extension pole for mobile devices.

You will also not be allowed to bring flags or banners of any kind to the Disney World parks or water parks.

Additional items that are prohibited in Disney World at the ESPN Wide World of Sports include propane heaters, generators, or large misting fans (hand-held ones are allowed). Also on the prohibited items list at Disney World are metal flag poles longer than 4 feet or wider than 2 inches. Flag poles with sharp or decorative ends are banned.

All flag poles must be made of plastic, wood, or PVC.

Any trailer-like objects that can be pushed or pulled or towed by a person, stroller, wheelchair, or ECV (electric conveyance vehicle) are not permitted in Disney World.

What activities are prohibited at Disney World?

We’ve written a separate blog on the 10 things that will get you banned from Disney World. But here’s a quick overview of the activities that are not allowed at Disney:

Disney does not allow guests over the age of 14 years to wear costumes in the theme parks, except for events like Halloween parties. Engaging with other guests or posing as a character are some of the things that will get you into trouble with the Disney police.

In certain events like Halloween, Disney has specific guidelines for anyone who would want to wear a costume inside the part.

Disney requires all guests to be dressed in proper attire, including shirts and shoes, at all times. Layered clothing is subject to search and clothes that drag behind a person are prohibited.

Visible tattoos that may be deemed objectionable are not permitted. Pets or other animals, except service animals, are not allowed in Disney World except at designated pet-friendly locations in certain resort hotels.

Don’t get banned at Disney

Now that you know what you can and can’t bring into Disney World parks, all that’s left to do is book your next Disney vacation.

I hope you’re well prepared and won’t have any problems with security!