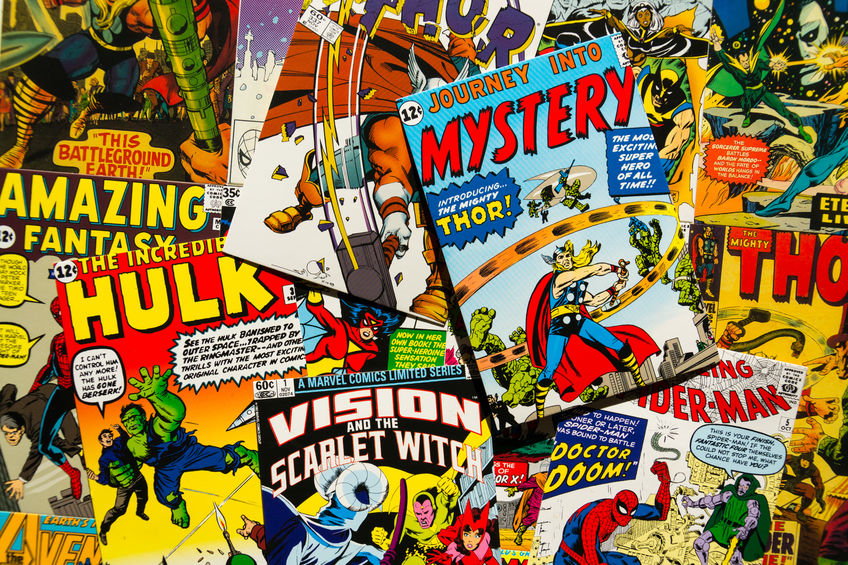 Are there Marvel characters at Disney World?

A significant reason why so many people are researching Marvel characters at Disney is that they are being introduced more and more often at other properties owned by the company. There are themed lands like Guardians of the Galaxy – Mission: Breakout! at Disneyland resort. Overseas, there are more and more Marvel-themed attractions as well. This leaves Florida in the dark, but why is that the case?

An agreement made between Marvel Entertainment and Comcast opened up the opportunity for the company to use the Avengers in Florida. The deal was for territorial rights to the most prominent characters at Marvel to use in theme parks on the eastern half of the United States. Comcast viewed it as a no-brainer, and it has helped the theme park grow into what it is today.

In Central Florida, Disney’s main competitor is just up the highway at Universal Studios Florida. The Comcast-owned theme park currently has control of the major Marvel characters, and they can market heavily to the masses.

It is very common for people not in the know to automatically assume that Disney World will have plenty of Marvel-related attractions on their property. After all, the deal to buy Marvel Entertainment for $4 billion certainly made headlines in 2009, but that ignored some details.

What happened is that in 1990s, there was a case filed that gave the rights to Universal Studios. Disney did not find a way to meet the demands to obtain all the licensing rights with Marvel that have been signed away in other ways.

It might seem like a pretty high price to pay for something that can’t even be utilized in Florida, but Disney thought it was worth the price tag to have the rights in many other locations. They needed a boost in a few different categories, including at theme parks. With the popularity of Marvel characters, it became a no brainer for them to pursue the deal eventually.

In reality, Disney could have missed out in other locations as well. In California, “Marvel” can’t be use in the marketing. That is why it is called the Avengers Campus. Comcast could have acted on the contract and forced Disneyland to act the same as Disney World with attractions, but they decided not to go that route.

Will things ever change?

There is always a chance of change when it comes to any of the Disney properties. No one imagined that 20 years ago, Disney World would purchase Marvel Entertainment in the first place. That is a step in the right direction, and there are opportunities to barter with Comcast to try to get some of the most popular characters.

The sides do have a bit of an understanding that if Universal Studios does not feature a Marvel character, they can make appearances at Disney World. It is a compromise that has to do for Disney right now, but they still need to be creative with marketing, or the lack thereof. The good news for Disney is that there are plenty of other ways to entice visitors, with some Marvel-related attractions being a bonus.

The ban on marketing goes beyond just attractions. In fact, even the stores on Disney property that sell Marvel-related items refer to themselves as selling Super Hero items. It is a workaround that is the best Disney can do with the restrictions.

Will Guardians of the Galaxy: Cosmic Rewind Kickstart Changes?

In 2021, Disney World will see the first significant breakthrough when it comes to Marvel-related attractions. Already under construction at Epcot, Guardians of the Galaxy: Cosmic Rewind is one of the most anticipated attractions on the horizon.

Only limited information is available for now, but it could very well open the doors up for other Marvel-related attractions. Disney had to receive permission due to the contract terms to have this built, replacing the old Universe of Energy.

As more and more new Marvel attractions see increased interest, it could simply come down to what park in Orlando can handle a themed-attraction. Universal will not have the opportunity to give them all attention, which means Disney can benefit.

Getting a Marvel fix at other Disney parks

For those who do not mind traveling to other Disney parks, there are Marvel characters much more prevalent there. They is no binding contract that puts the same type of restrictions on as Disney World, which means that they are free to capitalize on their popularity.

Disneyland Resort is going to be the closest spot with a bit more Marvel-focused attractions. There is Guardians of the Galaxy, and a fully immersive Superhero Universe now located in Anaheim. Spiderman and the Avengers recently joined, and it has been well-received during its short tenure.

Overseas, Hong Kong and Paris have been two locations that have most recently opened up a Marvel-themed land. Riding the Avengers roller coaster is a fun experience for fans, and makes the decision in Orlando that much more frustrating. Not being able to bring much of anything to the biggest of the Disney resorts frustrates not only fans, but Disney executives.

What is the solution for Marvel fans in Central Florida?

The best experience for Marvel fans in Central Florida right now is that Universal Orlando’s Islands of Adventure. Getting to Universal Studios is not too much of a hassle from Disney property, but it will cost quite a bit more to add to a Disney-specific trip. If the plan is to split time between Disney and Universal Studios, try to look for a package deals from a third-party that might pass along some savings. Otherwise, people are going to end up spending more money on certain aspects than they should.