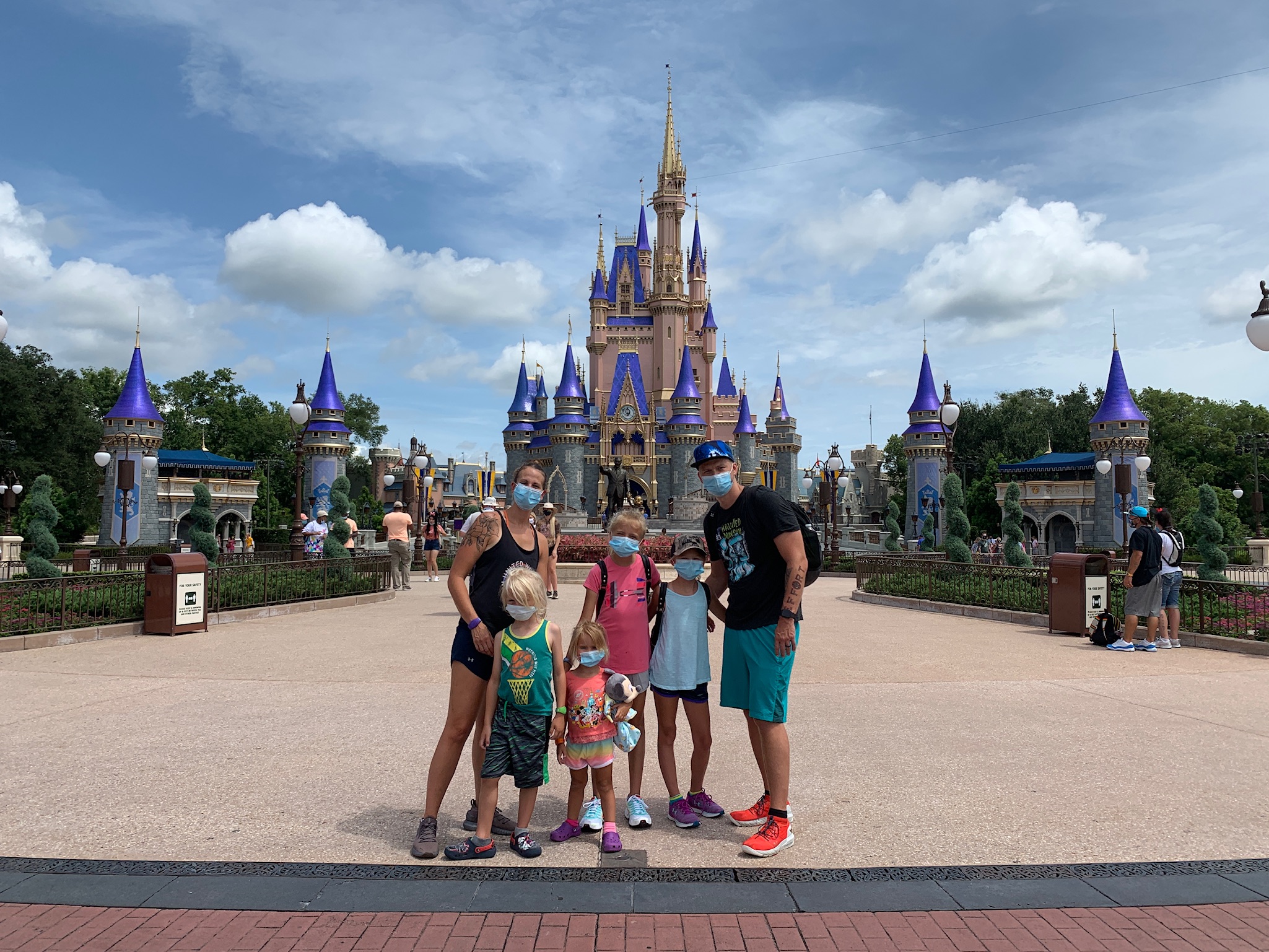 When you’re having fun at Walt Disney World, one of the things you undoubtedly want to do is capture the memories. You can, of course, do this with your own phone or camera, but wouldn’t it be amazing if you could have professional photographers do it for you with the latest digital camera equipment? There’s a service that does just that and it’s called PhotoPass. But is Disney World’s PhotoPass worth it?

The PhotoPass service allows you to have professional Disney photographers take high-resolution photos of your family in some of the theme parks’ most picturesque locations with state-of-the-art digital equipment and the perfect angles. It’s totally worth getting PhotoPass if you want the whole family included in professional shots. Give Disney’s PhotoPass a try if you want to create wonderful memories of your vacation.

Keep reading to learn how Disney World’s PhotoPass works and some insider tips on making the most of this service.

What are Disney’s photo services?

Disney’s PhotoPass is a free service that allows guests to have their pictures taken by professional photographers at various fabulous locations in the theme parks. You can then choose to buy the pictures you like, either during your vacation or when you get home. The photography is complimentary. The photos are not. In other words, you are under no obligation to purchase the photos. However, if you want to download them, you must purchase them. You can buy one photo or two or download all your photos for a single price. Keep in mind that it’s more expensive to purchase photos after your trip compared to pre-payment.

Disney’s MemoryMaker is a service that allows guests to pre-pay for unlimited photo downloads for 45 days. In other words, you can digitally download ALL your PhotoPass pictures as well as some great shots of the parks and attractions and your dining photos for one price. If you purchase MemoryMaker before your trip it costs $169 vs $199 if you buy it during your vacation. One day of photos can be accessed for $69 with Memory Maker One Day. MemoryMaker is included in the price of an annual pass.

Here’s the thing. Disney’s PhotoPass is worth it because it is a complimentary service. You don’t pay the photographer to take your photo. You can get as many photos taken as you want. Make every silly pose you can think of – it’s free and Disney photographers are always happy to oblige. They may even give you some suggestions.

There’s no upper limit to the number of photos you can have on PhotoPass. If your party is large and may split-up, you can get multiple copies of the PhotoPass card, one for each member of the family. Also, multiple cards can be combined online into one PhotoPass account. You can also have the same photo added to multiple cards if people in your group want to set up their own accounts – just be sure to have each card scanned by the Disney photographer.

Disney photographers are waiting to capture your vacation memories at more than 100 locations in the Walt Disney World Resort. Here are some of the most popular PhotoPass locations that are usually available year-round. These locations can change due to operating hours, closures due to refurbishing, capacity, weather, special events, character availability, and a host of other reasons. Be sure to check specific locations on the day of your visit from the MyDisneyExperience app under the PhotoPass tab.

A one-of-a-kind Super Zoom Magic Shot is available at the Plaza Gardens East at Magic Kingdom. The PhotoPass photographer is typically available from 9 AM to 7 PM (weather permitting). They can capture two photos and a video that includes the family in front of Cinderella Castle in a super zoom shot that’s breathtaking. Note, only guests who have purchased Memory Maker can download the video.

Don’t forget to use Disney PhotoPass photographers at both the Disney water parks – Typhoon Lagoon and Blizzard Beach. They can get some unique shots that you can’t normally capture yourself, such as in wave pools or at the bottom of water slides.

Nothing can beat capturing photos onboard the many fun rides at Disney World. There are more than a dozen attractions where photos are captured onboard, such as Buzz Lightyear’s Space Ranger Spin, The Twilight Zone Tower of Terror, and Haunted Mansion. You can link these onboard captures to your Disney account and see animated shots and videos in your PhotoPass account.

One of the best things about Disney’s PhotoPass service is the special effects that can be added to your photos to make them unique and magical. At some locations, Disney photographers can sprinkle a little pixie dust on your photos with Magic Shots, photos that include special props or surprise elements like Disney characters. So, if a PhotoPass photographer asks you to stare at nothing, don’t give them a funny look, and don’t be surprised if you see a Magic Shot in your PhotoPass account later.

What’s more, you can also get animated Magic Shots, fun pictures that are alive with movement. You’ll be able to download them after purchase in the MyDisneyExperience app and share them with family and friends online. Look out for these animated pictures, especially during special events and the holiday season.

Insider Tip: Guests who have purchased MemoryMaker can get animated photos on several attractions in the Disney World theme parks, including Seven Dwarfs Mine Train, Buzz Lightyear Space Ranger Spine, and Tower of Terror. An animated Magic Shot is also available with Jaq and Gus when you meet Cinderella at the Princess Fairy Tale Hall in Magic Kingdom. You can get a Magic Shot featuring Mickey and Minnie at Disney’s Hollywood Studios at Hollywood Boulevard near the Celebrity 5 & 10 shop and at Magic Kingdom near the Partners Statue.

Want professional studio shots of your family for holiday cards or to frame? Head over to the PhotoPass Studio at Sir Mickey’s (Magic Kingdom), Marketplace (Disney Springs), or the Grand Floridian Resort and Spa. No reservations are required. You will be able to choose from a range of Disney-themed or standard backdrops and get perfect professional shots (if you’ve ever tried to get a candid photo of the whole family in which everyone is smiling at the same time, you know it’s next to impossible).

It’s easy to link your photos to your Disney PhotoPass account. You can do this through your MagicBand, your Disney PhotoPass photo card, your theme park tickets, or your annual pass. For example, when you wear a MagicBand and have it scanned by a PhotoPass photographer, the photo will automatically be linked to your account. Every time you get a shot captured by the Disney photographers, just remember to scan your PhotoPass card and the picture will show up in your account, ready to purchase and download if you want.

You can get creative with your photos as well. The PhotoPass website allows you to organize your photos in a timeline so you can relive your vacation as it happened. You can edit the photos – add Disney borders and stickers for fun pictures or change them to sepia or black and white for timeless classics. You can make e-cards with photos from your account, add music, and share online. You can even share your PhotoPass pictures via e-mail, to a blog, or directly to your Facebook feed. If you register your PhotoPass card while you’re on vacation, you can start sharing your photos with friends right away.

On the website, you can preview all your PhotoPass photos and choose the ones you want to purchase and download. Again, choose a few favorites or buy them all with MemoryMaker. You can even order prints to send to family and friends. There’s even a section where you can order exclusive personalized photo gifts, a great way to preserve your Disney memories. There is an option to upload your personal photos (taken with your own camera) if you want to add them to photo products. However, you cannot order prints of photos uploaded from your camera.

Insider Tip: Disney PhotoPass photos expire 45 days from the date the photo was taken. You can extend this to 60 days by purchasing an Expiration Extension. So, don’t forget to review and purchase the photos you want after you get home. You need to do any editing beforehand as well. Once they’re gone, they’re gone. The expiry date of a photo in your PhotoPass album is visible when you click to enlarge a photo. You’ll also receive an email notification before the images are removed from PhotoPass.

Is PhotoPass worth getting?

Here’s what we think. Disney’s PhotoPass is an amazing service that allows you to capture some memorable shots, making sure no one in the family is left out. It’s a complimentary service and you are under no obligation to purchase the photos, so really, you have nothing to lose. We think you should absolutely take advantage of PhotoPass to get picture-perfect shots of the whole family at iconic locations in the Disney parks. We’ve found that PhotoPass lets you focus on the fun when you’re on vacation and tell your Disney story in an easy, convenient way once you’re back home.