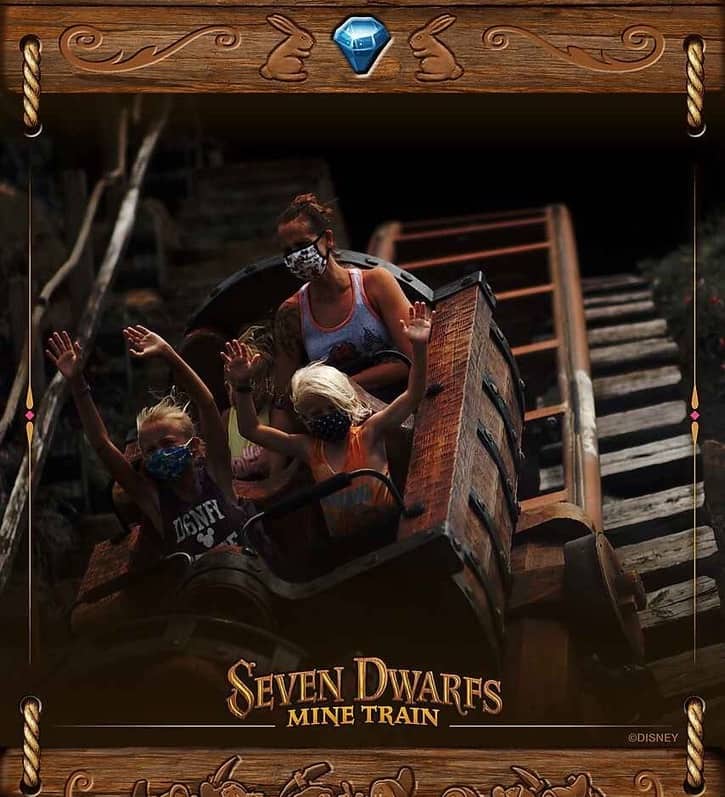 Along with the new Individual Attraction Selection, Disney Genie+ has been designed to improve the Disney experience in the parks. We know it’s made to replace FastPass, but using Disney Genie has still got many people confused.

Today, we’ll answer how many rides can you do in each theme park with Genie+. If you plan it right, you can go on ALL the most popular ride attractions in Disney World with Genie+.

Keep reading to find out how to make the most of the new system called Disney Genie+. Get some tips on how to work the Genie system in the four parks and get the most bang for your buck. Here’s everything you need to know about maximizing value from Genie+ and Individual Attraction Selection (pay-per-ride) at Disney World.

How Many Walt Disney World Rides Can You Go On In One Day With Genie+?

First, let’s discuss the main question. How many rides can you do at the four theme parks in Walt Disney World if you purchased Genie+?

If you’re quick and make your first Genie+ Lightning Lane selection at 7 AM and your first Individual Attraction Selection purchase at 9 AM when the park opens, you can do nearly every single attraction at Magic Kingdom that has a Lightning Lane, and be done before 6 PM.

You will need to use a combination of standby lines, Lightning Lanes, and your two permitted pay-per-ride throughout the day.

Plan well and you can cover the most in-demand rides like:

Again, it is possible to pack a lot into your day at Disney’s Animal Kingdom and go on many attractions with a combination of Genie+, pay-per-ride, standby lanes, and single-rider lines.

The key is to check which attractions have short wait times and not waste your Lightning Lane selection on those.

By using a mix of Genie+, pay-per-ride, and standby lines, you can get through some of Epcot’s most popular attractions like:

Keep an eye on recommendations from the free Genie planning service. It tells you where wait times are short. Take advantage of this while you wait for your next Lightning Lane reservation.

If you want to ride an ultra-popular ride like Rise of the Resistance at Disney’s Hollywood Studios, be prepared to shell out extra for the pay-per-ride. Purchase it early in the morning and join the virtual queue. Phew!

You can also get through most other rides at Hollywood Studios by using Lightning Lanes. This includes:

It is a new paid ride reservation system. Since the launch, it has replaced the FastPass system.

There’s also a free version called Disney Genie that helps you make the most of your next trip to WDW. It is also available at the Disneyland Resort, California.

The paid Genie+ version costs $15 (plus tax) per person per day. Signing up for this service gives you the ability to book an attraction in advance.

When you arrive at the designated return time, you are able to ride without waiting. In other words, you can skip the line on arrival and hop on using Lightning Lane to make the most of your busy day.

Disney Genie+ is available for purchase in advance with your Disney vacation package.

You can also purchase Genie+ on the day of your visit, starting at midnight. Regardless of when you purchase the service, you cannot make Lightning Lane reservations until 7 AM on the morning you’re visiting.

You can only use an attraction’s Lightning Lane if you purchase Genie+ and make a reservation for a return time.

On top of that, it is only possible to book one ride at a time on Genie+. The only exception to this rule is if your Lightning Lane return times are for later in the day.

I haven’t tried this myself but that’s what I’ve found. To be sure, please double-check with a cast member on site.

Another thing you should be aware of. Guests can go on an attraction using Genie+ only one time per day.

So, if you book your first ride, say Alien Swirling Saucers or Rise of the Resistance, for an early morning time slot, use it the first time, and then want to ride the same attraction later in the afternoon, you will need to go via the standby line.

What Rides Has The Walt Disney Company Included In Genie+?

At Animal Kingdom, you can use Genie+ to skip the line at Kilimanjaro Safaris, Kali River Rapids and more. At Disney’s Hollywood Studios, Millennium Falcon: Smugglers Run, Toy Story Mania, and Slinky Dog Dash are all on the Genie+ roster. Finally, at Epcot, you can use the service to jump the line at Soarin’, Test Track, MISSION: Space, and more.

Not all rides are available through Genie+, however.

Based on official Disney information, some extremely popular rides, such as Avatar: Flight of Passage, are NOT included in the $15 cost of Genie+.

To skip the lines at these rides, you’ll need to make Individual Attraction Selections. This is a new feature that is essentially pay-per-ride, also done through Lightning Lanes. The price depends on the ride and crowds. You can only buy two of these per person per day.

If going on as many rides as possible is your goal at the theme parks in Walt Disney World, you will need to carefully use a mix of Genie+ and Individual Ride Selection plus single-rider and standby lanes.

If done well, you can pretty much pack it all in! Stay tuned for more tips, updates, and advice on using Genie+ on your upcoming trip to Disney World!