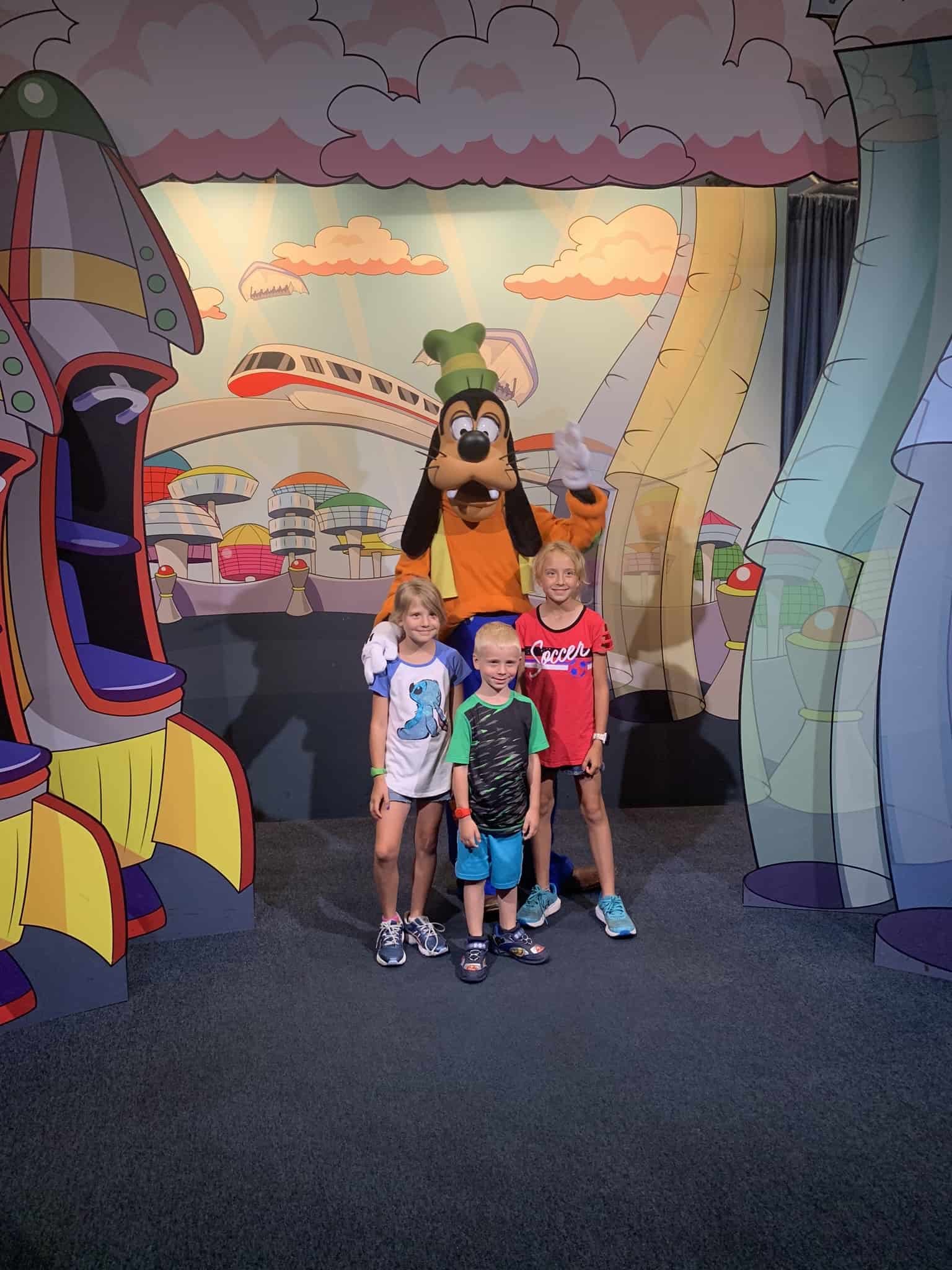 He may not be as famous as Mickey Mouse and Minnie Mouse, but Goofy has his own fan following. The tall anthropomorphic dog who’s always in a characteristic turtle neck, white gloves, and fedora is best friends with Mickey Mouse and Donald Duck.

We’ve gathered some fun facts about Goofy today. From his birthday to his former names, and from his family members to his shoe size, here’s everything you ever wanted to know about Goofy.

Read our ultimate fun fact guide on Goofy and see how much you know about this fun Disney character.

Goofy’s birthday is on May 25, 1932. He made his debut in a 7-minute cartoon called Mickey’s Revue. His co-stars included Mickey Mouse, Minnie Mouse, Clarabelle Cow, and Horace Horsecollar.

Goofy was originally called Dippy Dawg. He was then given the name George Geef and looked very different from the Goofy you know now. Only in his seventh appearance in Orphan’s Benefit did Goofy become the Goofy you love today.

Goofy was originally voiced by Pinto Colvig, who also lent his voice to a couple of the dwarfs in Snow White and the Seven Dwarfs. Other voice actors who have done Goofy include Tony Pope, Will Ryan, Hal Smith, and Bill Farmer.

Goofy’s father is called Amos Goof and mother is Mother Goof. Goofy’s son Max Goof made his first appearance in the short Fathers are People. There was also a mention of Mrs. Goof early on but never since. Other family members include Arizona Goof, a cousin; Gilbert Goof, a nephew; and Grandma Goof.

Goofy is a fitness fanatic. He starred in a series of shorts called The Goofy Sports Story featuring sports like skiing, football, gymnastics, baseball, and the Olympics. Theywere released in 1972 as Superstar Goofy.

In the 1980s, Goofy was the official mascot of the French Olympic team.

Goofy was also the mascot for River Country, the water park at Disney World before Typhoon Lagoon and Blizzard Beach.

Goofy’s massive fan following has ensured that there’s plenty of Disney merchandise designed with just his fans in mind. You can pick up everything from a deck of cards (no prizes for guessing… Goofy is the joker) to special candies from Goofy’s own candy store.

Goofy is a dog with human features. But there’s been a rumor going around that just refuses to die down over the years. Some people think Goofy is a cow! But given that Disney’s original name for Goofy was Dippy Dawg, we think this is just that… a rumor.

You can visit Goofy’s house at Disneyland California. It’s located in Mickey’s Toontown.

At Walt Disney World, you can fly in Goofy’s stunt plane called The Barnstormer. We think this is the perfect starter roller coaster for tiny tots.

Goofy is often portrayed as dim-witted and clumsy with a stupid grin. However, he is clever and intuitive in his own way. He brings a dash of eccentricity to Mickey and the gang.

Animator Art Babbit who developed the character of Goofy has described him as good natured, gullible, half-witted, and a Good Samaritan.

Goofy’s favorite phrase is Gawrsh! This is a play on Gosh! He other oft-repeated phrases are Yaaa… hoo hoo hoo hoooey, ah-hyuck, and “Somethin’ wrong here.”

The famous trio, Mickey, Donald, and Goofy, first starred together in Mickey’s Service Station in 1935.

Polar Trappers, which released in 1938, was the first to feature Goofy and Donald without Mickey.

Goofy starred in his first solo cartoon in 1939. It was called Goofy and Wilbur. Wilbur was Goofy’s pet grasshopper in this short.

In the 1950s, Goofy was portrayed as a family man named George Geef in the Everyman series. The stories featured Goofy in other characters with other names as well.

Goofy got his own TV series called the Goof Troop in the 1990s. He was featured as a single father to his son Max. Other characters in this series included a neighbor Pete and a cat Waffles.

Goofy and his son Max starred in A Goofy Movie and An Extremely Goofy Movie in 1995 and 2000 respectively.

When Goofy’s son Max is grown and has left for college, Goofy has a romantic relationship with a character called Sylvia Marpole in An Extremely Goofy Movie. Goofy was also shown to have a crush on Clarabelle Cow in Mickey Mouse Works and House of Mouse.

In 2021, Goofy stars in a series of How To… shorts. They have been developed during the COVID-19 pandemic an directed by Eric Goldberg, the Genie in Aladdin. These shorts will include how to stay at home, how to wear a mask, binge watching, and learning to cook, etc.

Goofy has made appearances in many films including The Lion King 1-1/2, Who Framed Roger Rabbit, and Saving Mr. Banks. There are also hidden appearances in Aladdin, Flubber, and The Little Mermaid.

The minimum height for cast members who play Goofy in the Disney parks is 6 feet tall.

Goofy has starred in two shorts that were nominated for the Oscars – Aquamania and How to Play Football.

Goofy was the last to join the Fab Five with Mickey, Minnie, Donald, and Pluto. But he was the first to star in his own TV series Goof Troop.

Super Goof is Goofy’s secret identify and superhero alter ego. He can leap over tall buildings. But he tends to lose his superpowers at the last minute with hilarious results.

Goofy is a beloved Disney character that has been delighting kids and adults since 1932. His unique brand of slapstick humor and silliness is unmatched. Did you enjoy reading this ultimate fun fact guide about Goofy? Tell us in the comments if you know something we missed!

As a family of six, we love a good deal when visiting the Disney theme parks in Orlando. There are many advantages to staying onsite at a Walt Disney World Resort, and the Value resorts are always a...