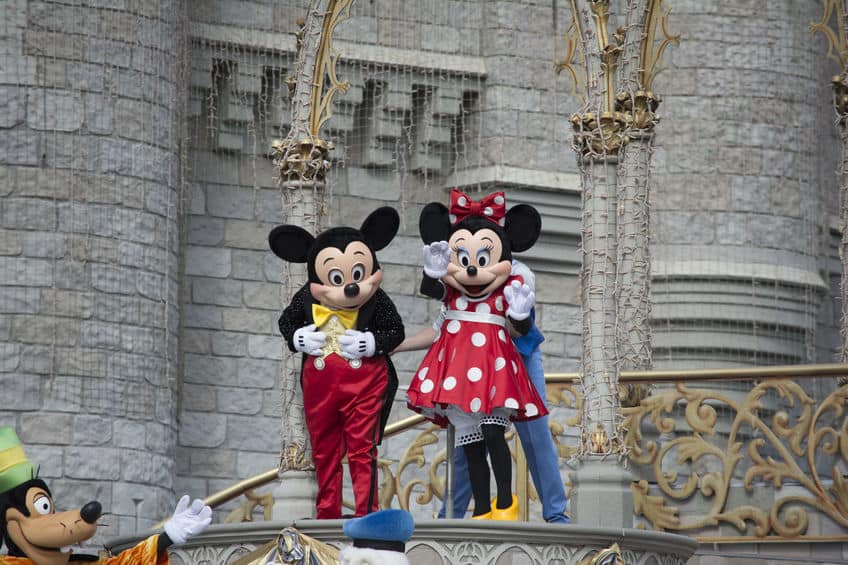 He is arguably the most popular cartoon character in the world. Certainly, he is the star of Walt Disney’s animated cartoon world. Mickey Mouse and his gang of friends have been loved by generations of Americans and people around the world.

Today, we’ve rounded up some fun facts about Mickey Mouse. You’re not a true Mickey Mouse fan unless you know all this!

Here is our ultimate fun fact guide on Mickey Mouse. Some of these facts are common knowledge. But we bet there are at least a few you didn’t already know.

Dive right in and see what we’ve dug up on the world’s most famous mouse. After all, he’s been bringing joy to children and adults alike for more than nine decades now.

Mickey Mouse was born on November 18, 1928, when made his debut in the animated movie Steamboat Willie.

Mickey Mouse is an anthropomorphic rodent (a mouse with human characteristics).

Walt Disney got the idea for Mickey Mouse from a trained mouse that he owned as a child. The idea is believed to have germinated on a train ride from New York to Hollywood.

Walt Disney privately admitted that Mickey and Minnie are married. But it’s never been officially stated on record.

Mickey’s original name was Mortimer. Walt Disney’s wife Lillian suggested Mickey instead and he took her advice. Mortimer was later chosen as the name for Mickey’s rival in many cartoons.

Mickey has a middle name – Theodore. His full name is Mickey Theodore Mouse.

Mickey Mouse has starred in more than 100 cartoon shorts. The Mickey Mouse Club, which first aired in the United States in the 1950s, is one of the most popular television shows of all time.

Mickey’s signature mouse ears are one of the world’s most recognizable and distributed items in merchandising history.

Walt Disney got a special award from the Academy of Motion Picture Arts and Sciences in 1932 for creating Mickey Mouse.

Disney owns the trademark rights to Mickey Mouse. Unlike a copyright, these rights will never expire.

Mickey Mouse is the symbol of Disney. He represents everything Disney wants to be associated with – fun, happiness, dreams, and bringing families together.

Mickey Mouse is more famous than Santa Clause. He is more easily recognized by children around the world than Santa.

Mickey doesn’t have a consistent job. He’s a jack-of-all-trades. His occupation depends on the story. One day he is an apprentice to a sorcerer, another day he is a deckhand on a steamboat.

Mickey Mouse has his own star on the Hollywood Walk of Fame. He was the first cartoon character to be given this honor on his 50th birth anniversary in 1978.

Mickey Mouse is the first cartoon character to ever speak. He uttered his first words “Hot Dogs!” in The Karnival Kid.

Mickey starred in two silent cartoons – Plane Crazy and Gallopin’ Gaucho – in 1928 before starring in the sound production Steamboat Willie, also in 1928. However, he did not utter his first words (Hot Dogs!) until 1929 in The Karnival Kid.

Mickey Mouse first appeared in color in The Band Concert in 1935.

Mickey made his television debut in 1955 on the show called The Mickey Mouse Club.

Ten of Mickey Mouse’s cartoons have been nominated for an Oscar in the Best Animated Short Film category. Mickey won the Oscar for Lend a Paw, in which he played a supporting role to Pluto.

Mickey Mouse has made two appearances at the Oscars. He presented the award for Best Animated Short Film in 1988 and 2003.

In the early years, from 1928 to 1947, Walt Disney himself voiced Mickey Mouse many times.

Hugh Harman drew some sketches of a mouse around Walt Disney in 1925. These were the inspiration for the famous animator Ub Iwerks who first drew Mickey Mouse.

The voice artists Wayne Allwine and Russi Taylor who dubbed for Mickey and Minnie were married in real life.

Mickey Mouse is a musical star. He released a double platinum disco album in 1978.

Mickey made his feature film debut in 1940 with Fantasia.

Every U.S. President except Lyndon Johnson has posed with Mickey Mouse.

Mickey Mouse wears white gloves because they make his hands more visible. This was needed when animation technology was still in its infancy.

Mickey only has 4 fingers. Walt Disney felt five fingers made his hands look like a bunch of bananas.

Do you want to be Mickey Mouse at a Disney theme park? It might help if you’re on the shorter side! Cast members who play Mickey have to be between 4 feet 8 inches and 5 feet 2 inches tall. You’ll also need to practice Mickey’s signature so it looks uniform when you sign autographs.

Walt Disney is famously quoted as saying, “I only hope that we never lose sight of one thing – that it was all started by a mouse.” And what a mouse he is! Did you enjoy reading our ultimate fun fact guide on Mickey Mouse? How many of these facts did you not know before?