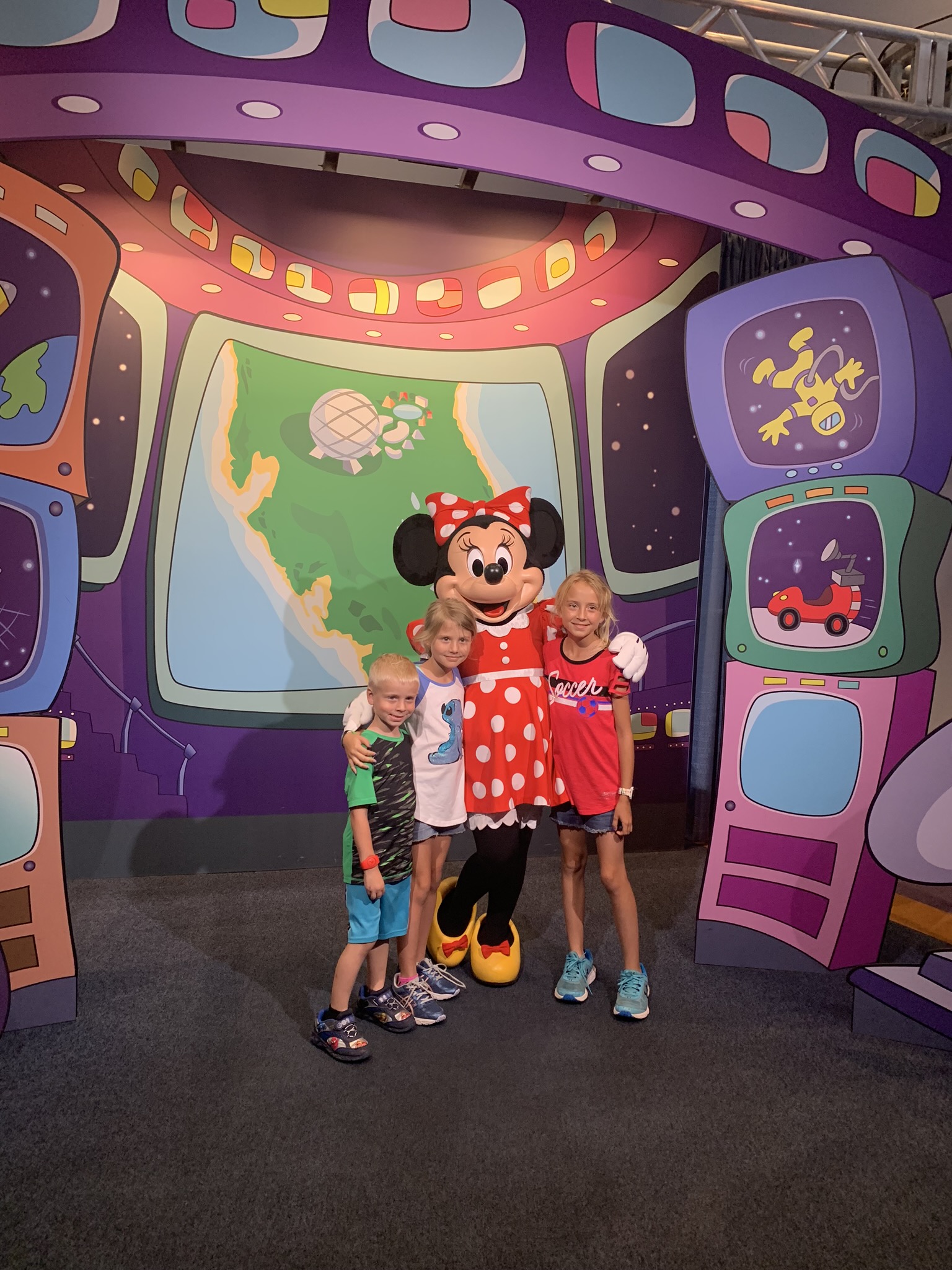 She’s been around as long as the world’s most famous mouse. Some say she’s his girlfriend. Others say she’s his wife. But one thing is for sure, Minnie Mouse is much more than Mickey’s sidekick. It’s doubtful if Mickey Mouse would be where he is if it wasn’t for his better half.

We’ve rounded up some fun facts about Minnie Mouse today. From her birthday to her signature colors, we’ve got the lowdown on everything Minnie.

Read our ultimate fun fact guide on Minnie Mouse and see how much you know about this beloved Disney character.

Minnie Mouse was born on November 18, 1928, when she made her debut in the animated movie Steamboat Willie.

Minnie shares her birthday with Mickey Mouse, who made his first appearance the same day.

Minnie Mouse is an anthropomorphic rodent (a human-like mouse).

There is some debate about whether Minnie is a nickname.

In the 1942 comic stream The Gleam, she was referred to as Minerva Mouse. More recently, in the Mickey Mouse TV series, Mickey referred to his sweetheart Minifred.

Her pet cat Figaro made its first appearance in Pinocchio. She also has a prize-winning Pekingese pet dog, Fifi. Fifi is often depicted as Pluto’s love interest. In the 1937 cartoon Pluto’s Quin-puplets, Fifi left Pluto in charge of a litter of pups while she went out to get food.

When Pluto first debuted in the 1930s, he was Minnie’s pet dog.

He was also featured under the name Rover in The Picnic. However, after the discovery of the planet Pluto, Disney decided to capitalize on the popularity of the name and repositioned Pluto as Mickey’s best friend.

Most people think Minnie Mouse is Mickey Mouse’s girlfriend. However, in 1933, Walt Disney was privately quoted as saying said they are married.

But Disney never showed them getting married on-screen. Maybe they want to keep the relationship open-ended to suit the needs of the various stories on screen? Probably.

While she did make appearances on screen, she did not have any dialogues. In 1987, Russi Taylor took on the voice of Minnie Mouse. Taylor continued to speak for Minnie for more than 30 years until her death in 2019.

But in her first color appearance in 1935 in On Ice, she wore a yellow and white polka dot skirt. She has also added dashes or other colors like blue, green, and yellow to her wardrobe over the years.

Like Mickey, Minnie wore no shirt in many early appearances.

Minnie Mouse’s iconic oversized bow was first seen in 1940. Bows were also added to her shoes to add to her stylization in line with the fashion trends of the time.

Minnie’s family originally appeared in a comic strip called Mr. Slicker and the Egg Robbers in 1930.

Her father, Marcus Mouse, is a farmer, as are her grandparents Matilda and Marvel Mouse and her uncle Milton Mouse. She also has two nieces, Melody and Millie. Mortimer is her uncle.

Minnie’s mother’s name has never been revealed, but we’re guessing it starts with M.

Like her boyfriend/husband Mickey Mouse, Minnie Mouse was originally voiced by the man himself, Walt Disney.

However, this was a short-lived role. Minnie’s voice was then done by Marcellite Garner and Marjorie Ralston.

Seven voice actors have spoken for Minnie Mouse over the years.

The most recent is Kaitlyn Robrock who made her debut in 2020 in Mickey Mouse Mixed-Up Adventures. In contrast, Mickey has had 14 voice actors speak for him.

Voice actor Russi Taylor was Minnie Mouse’s voice from 1986 until her death in 2019. She was married to voice actor Wayne Allwine who spoke for Mickey Mouse for more than 30 years.

Allwine died in 2009, a year after the couple was given the Disney Legends award.

In the 1930s, Minnie Mouse was the least popular of the Fab Five.

The growing popularity of Mickey, Goofy, Pluto, and Donald meant that she made few appearances during these years.

Russi Taylor, who voiced Minnie, was also the voice of Huey, Dewey, and Louie. The same voice talent has also voiced many non-Disney characters.

Walt Disney admitted that Minnie is named after Minnie Cowles, whose husband Dr. John Cowles was one of the early investors in his animation ventures.

Minnie was a top 10 popular name in the United States throughout the 1800s.

Today, it’s not even in the top 100, so giving your child the name Minnie Mouse is actually quite unique.

Minnie Mouse is the only member of the Fab Five who has never headlined a film.

Minnie is one talented mouse.

She is the editor of Minnie’s Cartoon Country Living magazine. Not only that – she also paints, quilts, and gardens. She loves cooking, shopping, and listening to jazz music.

The year 1986 was celebrated as Minnie’s Year in all the Disney parks giving her some much-deserved recognition.

Minnie’s best friend is Daisy Duck. Her other friends include Honor the Hippo and Clarabelle Cow.

In the early days, Minnie wore a flapper girl dress with her knickers showing. Black stockings and oversized pumps completed the iconic look.

In 2017, Minnie Mouse made an appearance at the New York Fashion Week.

You can eat a sundae inspired by Minnie Mouse at Clarabelle’s Yogurt Shop in Disneyland California.

Minnie has played a princess in many films like Mickey, Donald, Goofy: The Three Musketeers and Kingdom Hearts.

In 2018, Minnie Mouse finally joined Mickey Mouse and Donald Duck with her own star on the Hollywood Walk of Fame.

Minnie Mouse will be the captain of the new Disney cruise ship Wish. It will start sailing in 2022.

Which Fun Fact About Minnie Is Your Favorite?

In a career spanning over nine decades, Minnie Mouse has won herself a legion of fans. The bubbly and adorable Disney character is a favorite with kids and adults alike.

Let us know in the comments if you know any interesting or fun facts about Minnie Mouse that we missed!