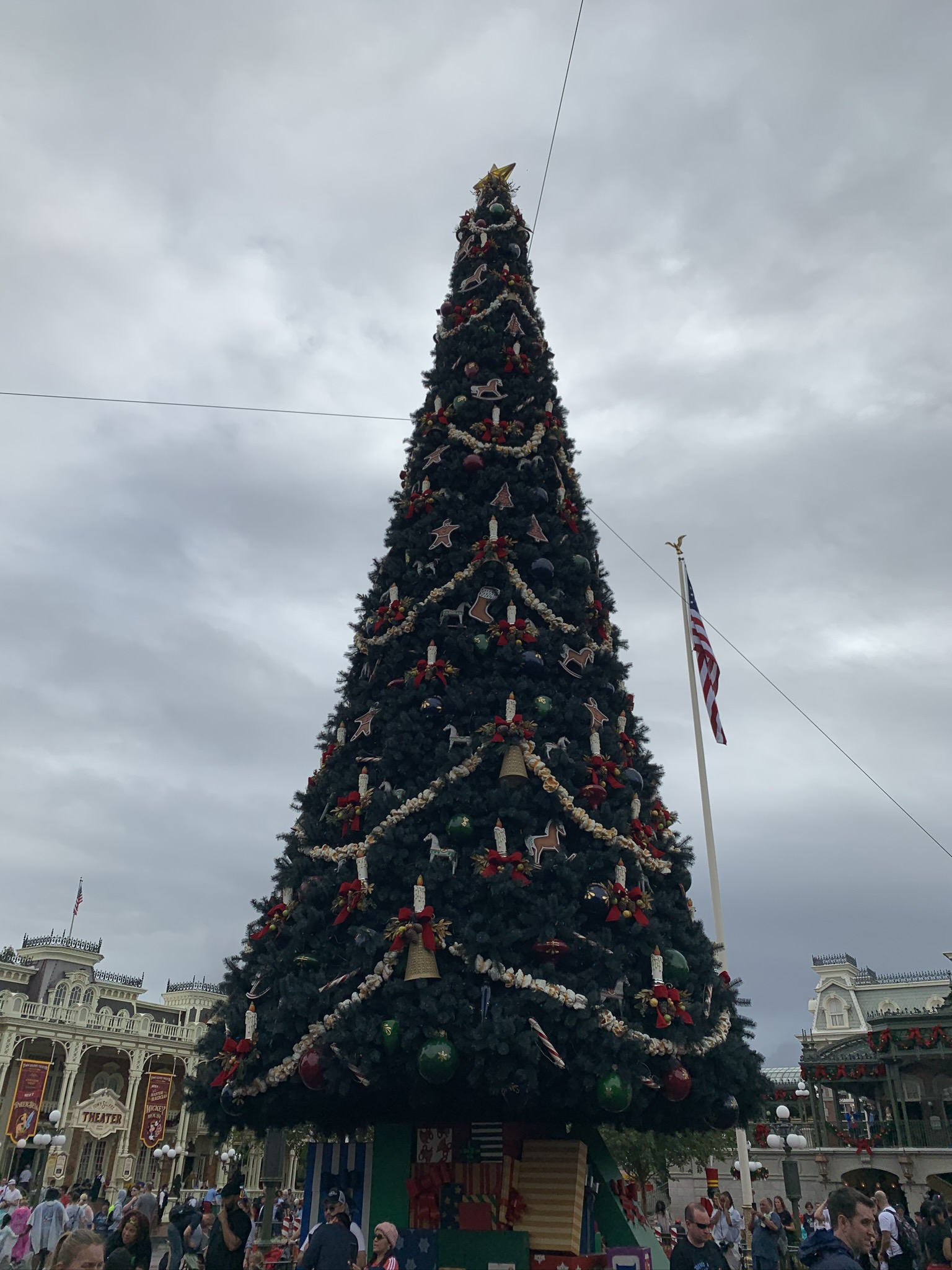 What can be better than going to Disney World? Going to Disney World during the holidays! When you are at Disney for Christmas, you make memories to cherish for a lifetime. Magic Kingdom is all decked out in sensational and dazzling lights. Epcot gives you the chance to enjoy décor, holiday traditions, and cuisine from around the world. Animal Kingdom lets you immerse yourself in nature, but with a holiday twist. And Disney’s Hollywood Studios has captivating themed events and limited-time treats that leave you feeling happy all season long. But, before you book your Disney vacation this holiday season, don’t you want to find out – When does Disney decorate for Christmas?

When do Christmas decorations go up at Disney World?

The official Disney World holiday season runs from November 6 through December 31. The start date of 11/6 has been confirmed for 2021. Disney has announced its Very Merriest After Hours event at the Magic Kingdom park.

What dates is Disney World decorated for Christmas?

As noted, the official Disney holiday season runs from November 6 through December 31. However, decorations go up sooner and come down a little after these dates. So, you can expect Disney World to be decked out in holiday décor as early as November 2. If you want to see the full Disney park decorations for the holidays, wait a little longer, until around November 7.

Is Disney World decorated for Christmas in November?

Yes, Disney World is decorated for Christmas by early November. To give you an idea about when Christmas decorations might pop up this year, Magic Kingdom was fully decorated for the holidays by November 2 in 2020. The other Disney theme parks, Animal Kingdom, Hollywood Studios, and Epcot were decorated by November 6 in 2020.

Is Disney decorated for Christmas at Thanksgiving?

The Thanksgiving weekend sees record numbers of visitors at Disney World. Kids are out of school and everyone is in the mood to have fun with family and friends. Given that this is one of the busiest weeks of the year at Disney World, the decorations are up and the parks are looking their dazzling best.

However, keep in mind that Thanksgiving can be a somewhat low-key affair at Disney in terms of actual holiday traditions. While all the parks will be decorated, there may not be specific decorations for Thanksgiving at Disney. But there will be many spectacular holiday events and Christmas decorations, in true Disney style.

Is Disney still decorated for Christmas in January?

January is the holiday hangover month. Christmas decorations at Disney World usually stay up for the first half of January. There is also some Christmas entertainment available for the first few days of the New Year.

If you want to avoid the massive crowds of the holidays, enjoy cooler weather in Orlando, and get a glimpse of Disney’s holiday decorations – early to mid-January can be the best time to go to Disney World.

How long does Disney decorate for Christmas?

As mentioned, the holiday season at Disney World officially runs November 6 through December 31. However, the decorations do start going up in early November and stay up during early January. So, Disney decorates for well over 8 weeks for the holiday season. The vast majority of the holiday entertainment and special events also take place during this same time.

If you want to enjoy Christmas decorations at Disney but avoid some of the busiest days, plan to go at the start or end of the holiday season. Keep in mind that the decorations usually come down quicker than they are installed, so early November might be a better bet than January.

How busy is Disney World at Christmas?

There’s no escaping the crowds at Disney World during the Christmas holiday season. Attendance at the four Disney World theme parks peaks at this time. However, Disney World is relatively less crowded in early November, early December, and early January. The numbers start to pick up the closer you get to the big holidays.

To avoid the biggest crowds at Disney World, steer clear of the Thanksgiving weekend, the weekend before Christmas, and the week from Christmas to New Year’s Eve.

Does Disney do anything special for Thanksgiving?

There is no Thanksgiving-specific decoration or entertainment at Disney World. But all the Christmas decorations are up by this time. Special events are also in full swing at the Disney theme parks and resorts.

You can enjoy special holiday-themed treats, fireworks, lighting, and of course, the holly, jolly décor. If you want to enjoy a special meal with friends and family, Walt Disney World restaurants are open on the Thanksgiving weekend. You can book a traditional turkey dinner at several of the table service restaurants. But keep in mind that some of your favorite items on the regular menus may not be available during the holidays.

Is Disney busy on Black Friday?

Disney World is very busy on Black Friday. If you positively must go to Walt Disney World during the Thanksgiving week, Thursday (Thanksgiving Day) is a better bet. Crowds are a little more manageable on Thursday, given that many people choose to celebrate at home. It’s also critical that you arrive as early as possible on a busy day like Black Friday.

Is Disney World open on NYE?

Absolutely, yes, Disney World is open on New Year’s Eve and New Year’s Day. Not only that, but Disney ups its holiday game and usually offers extra hours on these days so visitors can make the most of the celebrations.

Please note that with the COVID-19 pandemic still ongoing, there can be unforeseen changes in the schedule or even closures. It’s best not to book too far in advance if you’re going to Disney World for the holidays. And do check for the latest information on the official Disney website before you leave home. With that said, all that’s left to do is get into the holiday spirit with Disney World Christmas decorations and special events.