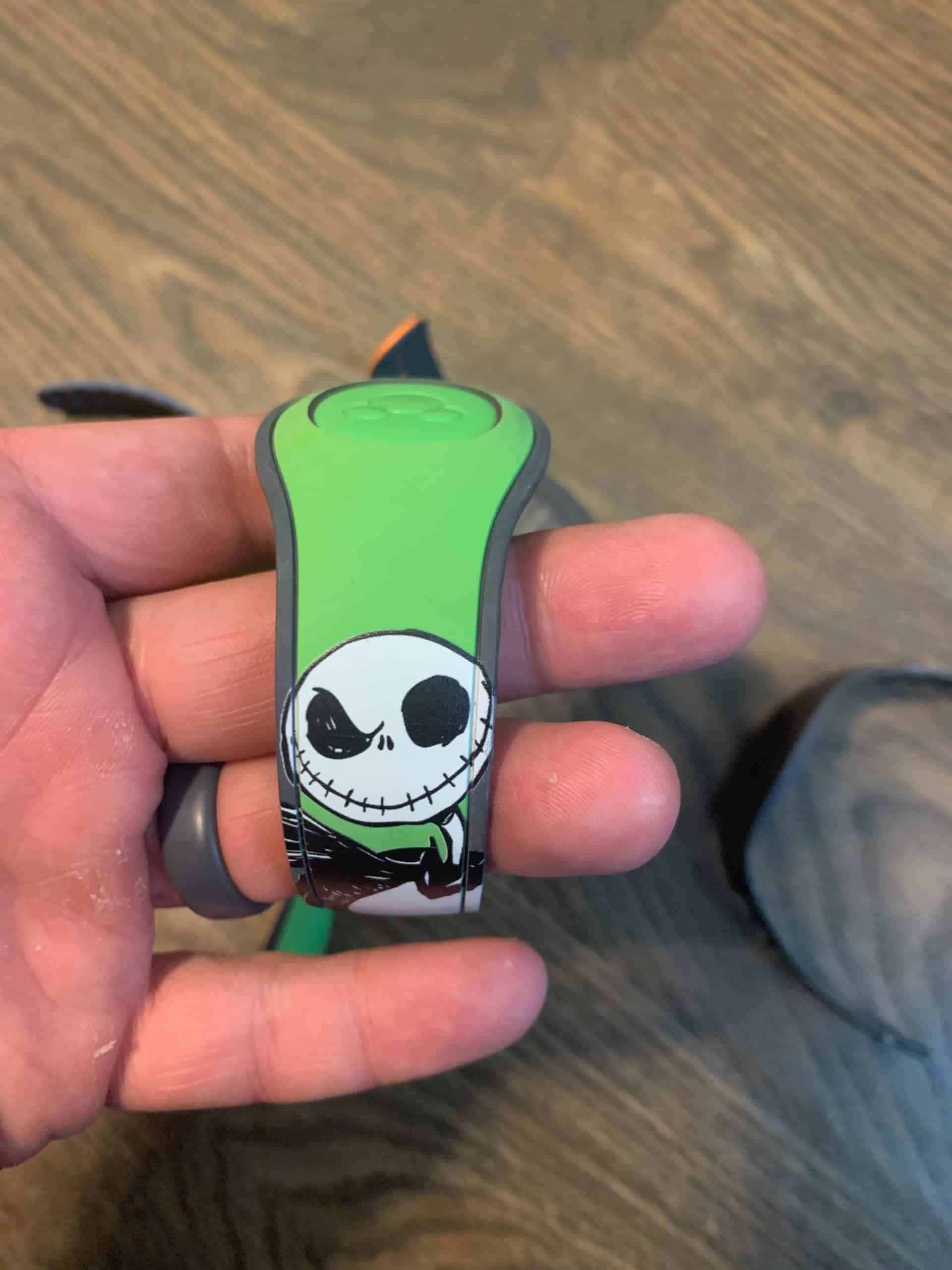 Magic Bands are colorful wrist bands that are actually all-in-one devices. All you have to do is touch your Magic Band at a touch point to enter a Disney theme park, unlock your Disney resort hotel room, pay for food or souvenirs, and gain FastPass+ access to pre-booked attractions. In other words, a Magic Band makes your vacation a lot easier and hassle-free. But Magic Bands don’t come cheap. A solid color Magic Band retails for $14.99 on the Disney online store. Limited release Magic Bands can cost as much as $48 a pop. So, if you want all the benefits of a Magic Band but are on a budget, the question on your mind is probably this – Can you buy used Magic Bands?

The short answer is no. Each Magic Band is unique to one person. That person is the only one authorized to access all the benefits linked to a particular Magic Band. In other words, once a Magic Band has been linked to a specific Disney account, it cannot be transferred to someone else.

Continue reading to learn more about Magic Bands and how they work. Also, learn some tips on buying Magic Bands at more affordable prices.

A Magic Band is a colorful wristband that is unique to the Disney parks in Florida. It is a plastic band embedded with an RFID chip. The chip communicates with Disney computers and pulls up all your bookings in the blink of an eye. Therefore, the Magic Band essentially gives you instant access to your MyDisneyExperience account.

As noted, Magic Bands allow you to access all the features of your Disney vacation quickly and conveniently. Some of the things you can do by scanning your Magic Band at the Disney theme parks and resorts in Orlando include:

For many years, guests at Disney properties in Orlando got a free Magic Band for each member of the party. However, the complimentary Magic Band distribution has since been discontinued as of January 1, 2021. Any guest who wishes to use a Magic Band at Walt Disney World must purchase one.

How much do Magic Bands cost?

On-property guests may be able to snag a Magic Band for as little as $5 (this will be a solid single-color band that is available in a variety of colors). The retail price on these bands in the online Disney store starts at $14.99, so guests at Disney properties save $10 per band.

If you want something more exciting or the kids want Magic Bands with a specific theme, be prepared to shell out more cash. Premium bands start at $29.99, which can add up pretty quickly if you are a family of four or five. If you want a Magic Band that is unique, there’s an option for theme selection and customization. No prizes for guessing – this comes at a price – special bands are usually $20 and up.

You can purchase Magic Bands in advance of your trip and have them delivered to your home or the reception of your Disney resort hotel. Pre-order is usually cheaper than buying Magic Bands on site.

Can I re-use my Magic Band in the future?

Yes! You can re-use your Magic Band on a future Disney vacation. This will not only save you money, but it is also the environmentally friendly thing to do (it generates less single-use plastic). Just make sure the Magic Band is active in your My Disney Experience account.

If you previously stayed at a Disney property and are now staying off-property, you can still re-use your old Magic Band. However, you will NOT be able to charge merchandise or food to your Magic Band (these privileges are only for Disney hotel guests). You will, however, still be able to use your Magic Band for everything else.

So, no, you should NOT buy a used Magic Band from someone else. In addition to touching the Magic Band at the touch point, you will be required to scan a finger to enter the park. When you make purchases with the Magic Band, you will need to enter a PIN code. These features are for your security. However, they also ensure that only the original guest has access to the features linked to a particular Magic Band.

As noted, multiple people cannot use the same Magic Band. This also means if your friends or family members are going on a Disney vacation, they cannot use your old Magic Bands from a previous vacation.

What happens if I lose my Magic Band?

If you lose your Magic Band, don’t worry. Simply head over to the nearest guest services kiosk or counter and have them deactivate your Magic Band. Sometimes, cast members will replace the band for free, but don’t count on it.

Is a Magic Band worth it?

If you are a party of four or five, the cost of Magic Bands can add up pretty quickly. It might be worthwhile for just one adult to get a Magic Band. This way, you won’t be spending hundreds of dollars on Magic Bands for the whole family. But you can still use the one band to make food and merchandise purchases, enter your hotel room, etc. (if you’re staying on a Disney property).

If the kids all want their own Magic Bands, look out for clearance sales on the online Disney store. You can sometimes get really nice Christmas-themed bands, for example, in January at surprisingly affordable prices.

Another tip – you get a discount on Magic Bands by pre-ordering them before you arrive in Orlando. As mentioned, basic bands are as little as $5 for Disney hotel guests on pre-order.

Magic Bands add a dash of… well… magic to your Disney vacation. The impressive technology really does simplify your trip. If your family goes back to Disney World again and again, then getting Magic Bands is a no-brainer. They will pay for themselves with all the convenience. However, if your Disney vacation is a once-in-a-lifetime event, you can manage quite well without Magic Bands. Just remember not to buy used Magic Bands from someone and don’t try to use someone else’s Magic Band.