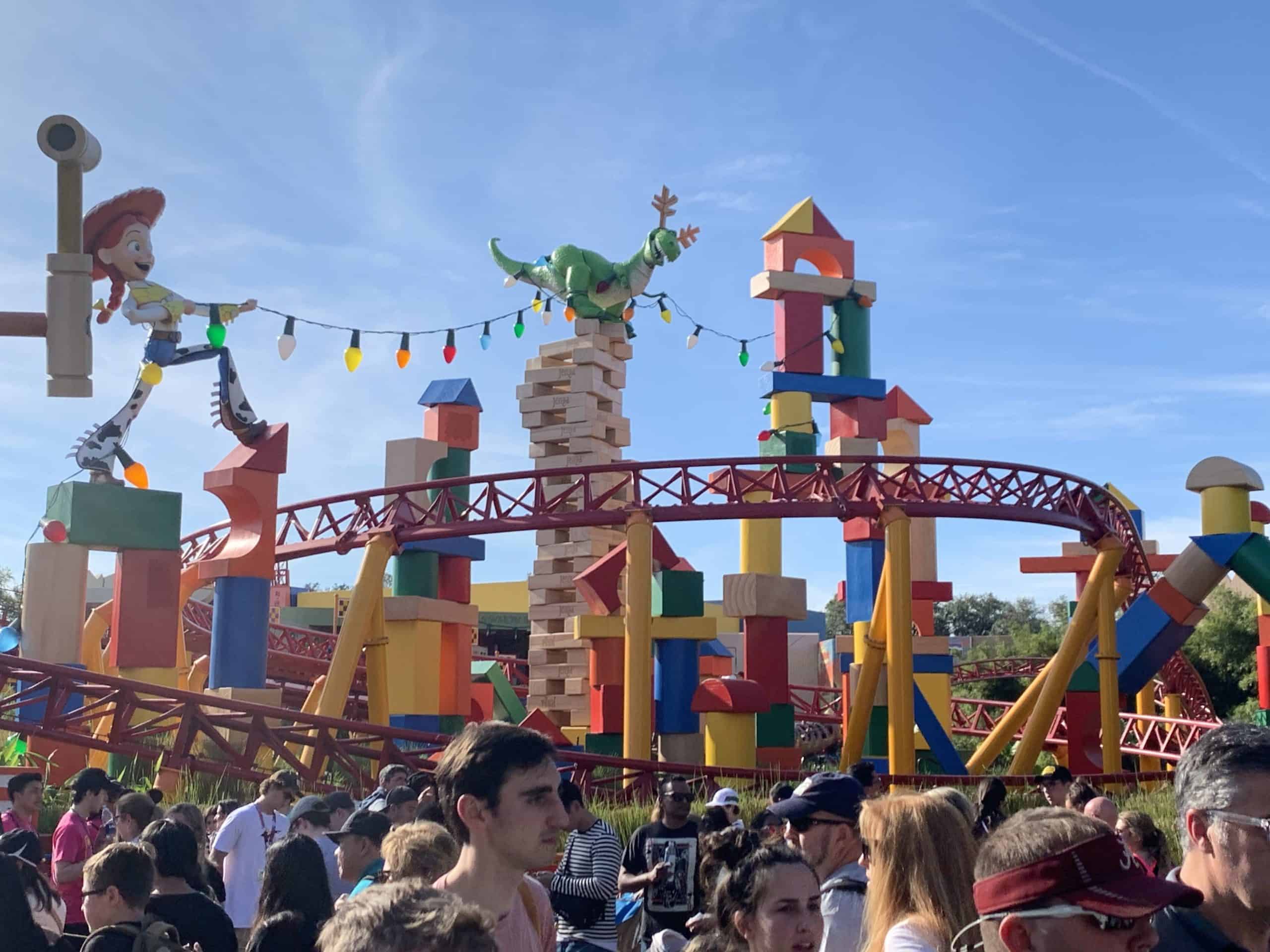 Mother Nature can play spoilt sport on your Disney vacation by opening up the heavens and drenching you with rain. Orlando gets at least 75 days of rain a year. Fortunately, most rainstorms are short-lived. A quick burst of rain, and before you know it, the sun is shining again. It can actually be fun to dodge the raindrops or cool off from the blistering heat with an impromptu shower. But, when you’ve shelled out big bucks for your Disney theme park entry ticket and the rain does not show any signs of letting up, the one question on your mind is going to be – Do Disney World rides close when it rains?

The answer is yes and no. A handful of rides at the four Disney World theme parks do close when there’s a thunderstorm. However, most rides continue to operate.

Keep reading to learn which Disney World rides close when there’s rain or thunder and which ones stay open. Also, find out how to prepare for a rainy day at Disney World and what to do when it rains when you’re there. Some clever strategies coming up…

Disney World rides that close when it rains

The Lights? Motors? Action! and Fantasmic shows at Hollywood Studios and the Test Track at Epcot also close if it’s raining.

You’ll notice that these attractions are all outdoors, and operating them during a thunderstorm can potentially lead to injuries and accidents. As we said, rain is usually short and sweet in Orlando, so don’t let it get your spirits down. You might not have to wait more than 20-30 minutes before the rides are up and running again.

Disney World rides that DON’T close when it rains

Magic Kingdom attractions like Pirates of the Caribbean, It’s a Small World, Space Mountain, Peter Pan’s Flight, Haunted Mansion, Winnie the Pooh, Under the Sea, Philharmagic, Enchanted Tales with Belle, Monster Inc. Laugh Floor, and Hall of Presidents are all indoors and continue to operate when it rains.

At Epcot, Soarin’, Living with the Land, Circle of Life, and The Seas with Nemo and Friends operate in inclement weather.

If you’re at Hollywood Studios when the weather gods don’t cooperate, head over to Frozen Sing Along, Voyage of the Little Mermaid, and Art of Disney Animation until the sun is shining again.

At Animal Kingdom, most of the attractions are outdoors. But if you want to get out of the rain for a bit, Dinosaur and It’s Tough to be a Bug are good options. Flight of Passage also has a partially indoor queueing area, as does Kilimanjaro Safari. The Conservation Station is indoors and the Wildlife Express will give you cover as well. You can also choose to go the other way – i.e., get completely soaked by going on Kali River Rapids in the rain (this attraction may be closed if there’s lightning).

Making sure rain doesn’t ruin your day at Disney World

If you’re going to be in Central Florida for more than a few days, there’s a good chance you’ll see at least a bit of rain. But if you go prepared, you can get through a rainy day at Disney World without it being a complete washout. Here are some tips to stay (somewhat) dry and comfortable when it rains at Disney World.

Pack a poncho (and stroller rain cover for the wee ones) or buy one at Disney World. Nearly every merchandise location at Disney sells high-quality ponchos. Wearing one when it rains can make the difference between being wet and miserable and semi-dry and comfortable.

Wear comfortable, rain-proof footwear. Comfortable shoes are a must for any Disney vacation – you’ll be doing a lot of walking, so leave those heels at home – but it’s also important that your shoes are somewhat if not completely waterproof. A soggy pair of sneakers can take hours to dry off – and squelchy feet are no fun. It’s not a bad idea to stick a pair of flip-flops or Crocs in your backpack, so if it starts raining, you can quickly swap your footwear out. Or at least carry an extra pair of socks into your backpack.

We also keep a few Ziploc bags handy in case it is raining cats and dogs and we need to keep electronic devices dry. A small towel can be useful as well, but you can always grab paper towels from the restrooms.

Things to do at Disney World when it rains

One of the strategies for handling rainy days in Orlando is by picking the right park. Do a quick check of the weather forecast. If a rainy day is predicted, some parks are better options than others. For example, Epcot mainly has indoor rides and plenty of shops and restaurants. The only attraction that closes in the rain is the Test Track. Animal Kingdom, on the other hand, can be a poor choice for a rainy day because most of the animal exhibits are outdoors and may close during bad weather.

Another tip is to get an early start. Most thunderstorms in Orlando happen in the afternoon. If you hit the park early, you can go on rides all morning and head into a restaurant for lunch just when a summer rainstorm is starting. An afternoon siesta in your hotel room is also not a bad idea – you can always return to the park in the (cooler) evening hours for more fun at the attractions.

If the entire day looks like it’s going to be a washout, hop on the monorail and head over to one of the Disney Resort hotels. You can enjoy an entertaining day here even if you’re not a guest. We spent one rainy afternoon at Disney’s Animal Kingdom Lodge playing bingo, watching animals, learning Swahili, decorating giraffe cookies, and playing match the feces to the species – all at zero cost!

When is it least likely to rain in Orlando?

If you’ve got flexibility, you may want to avoid planning your Disney World vacation for a time of year when the chances of rain are highest. Florida’s rainy season, unfortunately, coincides with the busiest vacation period – June through October. Visitors at this time are almost guaranteed to experience an afternoon shower or two during their stay in Central Florida. Peak hurricane season is late August to early October, but since Orlando is land-locked, a tropical storm is unlikely to make its way so far inland.

Interestingly, Walt Disney World covers a very large area, so while it may be raining in one park, it could be completely dry in another. That’s something to think about if you have park hopper tickets. Although, again, most rainstorms last 30-45 minutes, so it may be simpler just to wait it out where you are. You should note, however, that Disney will shut down outdoor attractions even if there’s lightning 10 miles away, so it can be a little frustrating to have rides close down when it’s not actually raining.

Rain doesn’t have to washout your day at Disney World. With a little bit of planning and packing smart, you can still have tons of fun.